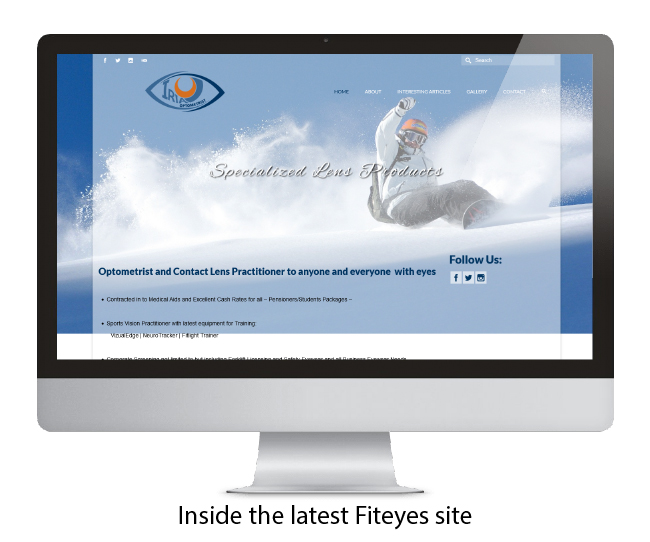 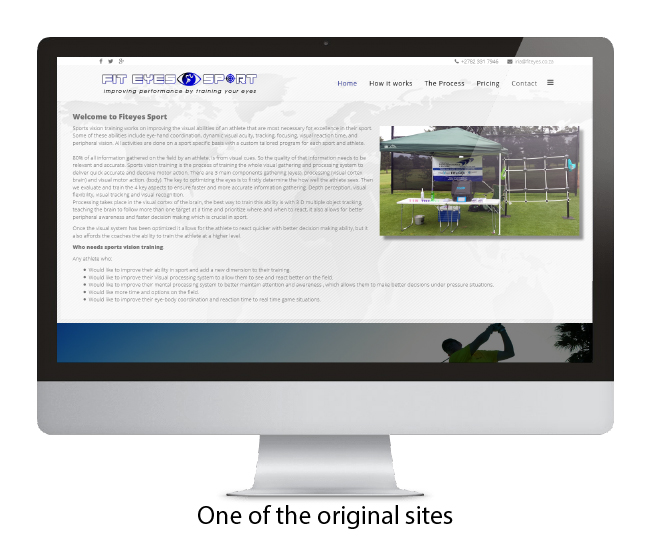 Fit eyes is a brand new company which is quite unique to South Africa. It is a side project for one of our clients. Which means the site isn’t 100% complete. Living Graphix has redone the site 3 times. And not because of any of our errors.

We started with an HTML site which was redesigned twice as the client took a while to come back to us with changes and then sent us a whole new design that they liked. Because we pride ourselves in going the extra mile.

We re-did the site, the company was then transferred over to a new owner/manager. So we opted in for a WordPress site. Because of the videos and complexity of the site, we decided on creating it in Joomla. Which seems to have proved to be successful. However, everything has been postponed for the time being until Living Graphix has been told otherwise.

So… everything has changed again with Fiteyes concept and I have found myself changing the site again. But this time I think for the better. Iria Da Silva is an Optometrist in Monument Krugersdorp and works out of The Pure Health Centre which offers a range of professional services in the natural health field.

She has now moved away from the original Fiteyes idea. Which was originally a technologically enhanced idea of training sportsmen/women’s eye’s to be more accurate in the specific fields. And is now focusing more on her own practice as an Optician.